I wish peace for all Nations. I do not believe in wars and the killing of others.

On April 25, 1915, Australian troops landed on the Gallipoli Peninsula, a site they were advised 'a friendly beach.'
For the men and women who displayed great courage, discipline and self-sacrifice in serving our country.
ANZAC (Australian and New Zealand Army Corps) Day.
A very interesting read.
THE BATTLE OF GALLIPOLI
In 1915, Australia along with its Allies  Britain, France and Russia, Italy, and Japan were at war, fighting Germany, the Ottoman Empire aka Turkey, and Austria-Hungary. Most people think of World War 1 of fighting the Germans in the trenches across France. But Russia was also under attack from Turkey in the Caucasus. To aid their plight the Allies devised a plan to distract Turkey by attacking the Gallipoli Peninsula, on Turkey's Aegean coast. By taking control of this strip of land they would have control of a strait of water called the Dardanelles and lay siege to Turkey's main city, Istanbul (then Constantinople). 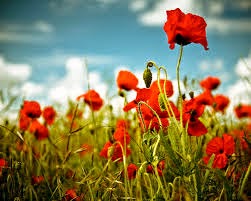 AT THE GOING DOWN OF THE SUN AND IN THE MORNING WE SHALL REMEMBER THEM.
LEST WE FORGET
Posted by Suzanne Brandyn Author at 4/25/2022

My icon within the world of Outback Romance. If I ever got lost on the property, I'd look for the toothless windmill to mark my way home.