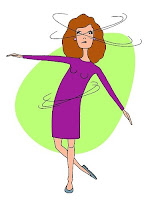 Gee time does fly, doesn't it? From Christmas to New Year, and now hot cross buns are in store for 2022 and Easter will be upon us. There's so much to do, and when I think about it, it makes me dizzy. lol

I try to make the most of everyday. I'm currently packing up to have my place recarpeted tomorrow, and going through my next novel which hasn't a title as yet. I have only a few ideas, more will come later, hopefully. :)

Thank you for making my novels best sellers on Amazon Au and hopefully it will continue. The next story delivers mystery, romance and quite a bit of suspense. I do hope you enjoy it.

As soon as the blurb and cover are organised, I'll put it up but in the meantime I have to find a title which suits the book. Hmmm. I'm not sure if it will have Outback in it or not.

As for Covid, I hope you are well and are undertaking the safety precautions. It's all we can do. If you do have Covid I hope you get well soon, and as our government has stated, it's only a matter of time before we all have covid. Lovely. Until then I'll write as much as I can, and hopefully I won't get it too bad to prevent me from writing. 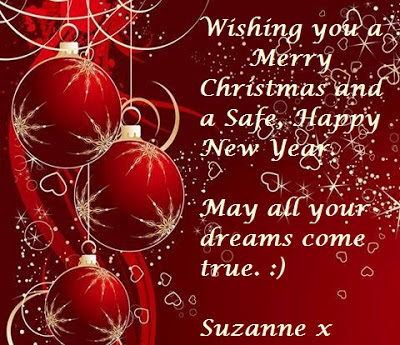 I'm going to take at least a week and a half off over Christmas although I'll probably get withdrawals from not writing. Perhaps every now and then I'll write, but I have family visiting and sometimes it can be difficult.

I took a few hours off the other day and went for a swim. It did wonders. I came back home refreshed and full of ideas. I couldn't wait to get back into my writing.

I hope you keep safe and well over the Christmas period. Thank you for your valuable support throughout the year. It's been a blessing.

I'm well past the halfway mark in my next novel although I haven't a title as yet. A few ideas. But it remains to be seen.

The suspense in this one runs most of the way up until now and I'm loving it. At the same time the interaction between the hero and heroine is coming along well, although I might throw a few more stumbling blocks to test them. lol.

I also want to say that Outback Secrets is selling well on Amazon Au and I'm again indebted to my readers. Thank you from the bottom of my heart.

If you haven't read Outback Secrets here's a short excerpt to hopefully tempt you into reading the book.

Abby calculated the time it would take to drive to Drop Gap, have a look around and be back at the station by nightfall. She felt guilty for postponing the search with Judith but promised she would as soon as she learned more about the area.

The morning was fresh, but the heat would peel in soon enough. The temperature was forecast to reach forty degrees that day, a little cooler than the last few days.

Tuffs of grass and low-lying shrubs spanned the landscape. The red jutting rocks in all shapes and sizes stood tall and dominant below the mountains. God, this place was desolate. She could almost hear the earth frying under the heat of the sun, almost hear the haunted whispers drifting through the brittle stillness.

Reaching the rocks, she manoeuvred her vehicle through an opening and followed the winding trail for more than ten minutes. Leaving the track, it opened, revealing hard rocky ground, almost a desert. To her left, the landscape dropped away at a sharp death-defying angle. She slowed and idled over the dips and rises.

In the distance, the remains of what was once a ute stood out as though it didn’t belong. A sickening feeling moved to her stomach as her gaze fixed over the heap of metal, and she pulled to a stop. After surveying the area, she reached for her weapon and holster, positioning them at her waist. She picked up her mobile phone and glanced at the screen only to recall Matt had said there wasn’t any mobile service out this way. Sure enough, not one bar lit up, not even an emergency signal.

Luckily, she had backup. She flipped the glove box open, horrified that the compartment was empty. With disbelief, she looked again. Her forehead creased, and she shook her head. Who would have taken her satellite phone?

She hadn’t touched it since arriving at Corundin Station. Her nerves spiked. Someone had been rummaging around in the glove box, but who? She checked over her shoulder, scanned the back windscreen and both sides of the vehicle before stepping out.

As she approached the ute, the oppressive atmosphere made it a struggle to inhale. The years had taken care of any evidence. A rusted heap of metal, coated by thick dust, was all that remained.

She kneeled, trying to read the number plate. Reaching out, she brushed the dust away and made out the first three letters. She froze and glared with disbelief. Trying to read the following numbers were impossible, although the first number, four, was legible. Her hands trembled. It was her father’s ute. She couldn’t be mistaken.

Abby took several photographs of the number plate. Knowing the engine number would also help confirm who owned the ute, she walked to the front of the vehicle and tried to open the bonnet. Struggling for some time, she managed to prop it open, and after several more photographs, she dropped it with an almighty crash. She’d send the pictures to Wayne to confirm the owner.

She walked to one side, and her body shook as she stared at the foreign object. Shattered glass, deflated tyres, and to her amazement, a shrub had begun to sprout from the soil in the back tray. Drawing in a steady breath, she peered into the front seat and leaned closer. Two empty water bottles lay on the passenger floor.

After taking several photographs of the exterior and the interior of the vehicle she stood back. If her father came out here to die, did he drink the water before he marched off into the wilderness? It didn’t make sense. Perspiration trickled down her brow and in between her shoulder blades. She had to get back to her vehicle to cool down.

Inside the cabin, she fired up the engine and switched on the air conditioner. The cool air fanning over her skin settled her for a time, and she braced herself. She glanced into the distance. It was ten kilometres to where the bones were discovered.

She checked the map and followed the directions. As her vehicle bumped over the terrain, she tried to imagine what her father went through. His ute was here, but that didn’t mean he was or his bones were. There were only two men who would possibly know his whereabouts and they refused to give the police any information on the day of their arrest.

I've started another novel, and loving it so I can't stay long. Need to write. Want to write.

I do hope you enjoy the read.  Amazon Au

According to rumours, Lily Noble’s father drove out into the wilderness nineteen years ago to die. When bones are recently discovered near his abandoned ute, her mother informs her of the details surrounding that devastating day. Now, Lily is determined to find out what happened.

Under the alias of Abby O’Brien, she leaves her job with the police force in the city and accepts a position as a personal nurse to care for Nathaniel and Matthew Kinsley’s mother.

Arriving at the cattle station, Lily thinks she has a foolproof plan until she catches the eye of the elder Kinsley brother and sparks fly.

Secrets are revealed, and the sordid past of the Nobles and Kinsleys comes to a head when Lily discovers a family she didn’t know existed.

Will this news be the glue to hold her to a place she once called home, and can she learn to trust Nathaniel and accept his marriage proposal? 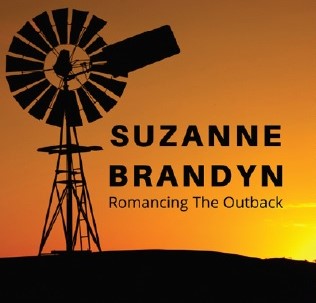